While the focus for most has been on video quality, the DJI Mic wireless microphone system can now offer same high quality.

DJI Mic consists of two wireless transmitter/microphones for dual channel recording and a receiver that connects directly to your camera.

And it’s all housed in a handy charging case like your wireless earphones.

This is helpful because they are easy to store, and you know at a glance the charge level of the transmitters and receiver.

DJI says the microphones and receiver can run for up to 5 hours and 5.5 hours respectively with the case providing a further 10 hours of power.

Content creators can clip the microphone – which weighs just 30g – to their clothing and keep it out of site using the included magnet to secure it under clothes or inside your jacket. 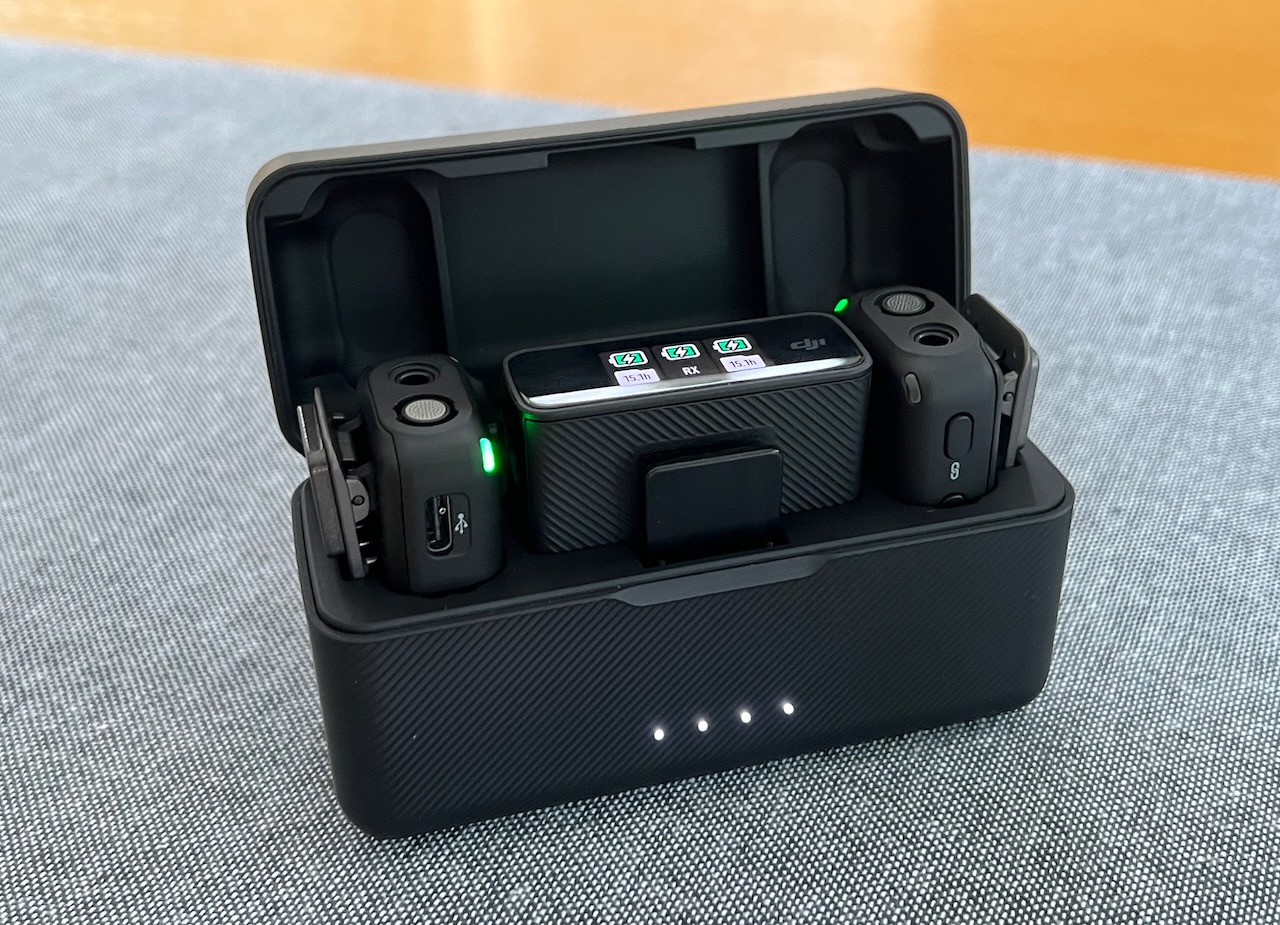 Each transmitter also has a 3.5mm jack to connect a lapel microphone (which is not included).

In this instance, the transmitter can be clipped to your belt or stored in a pocket.

And the transmitter has a range of up to 250m and still be able to record quality audio. 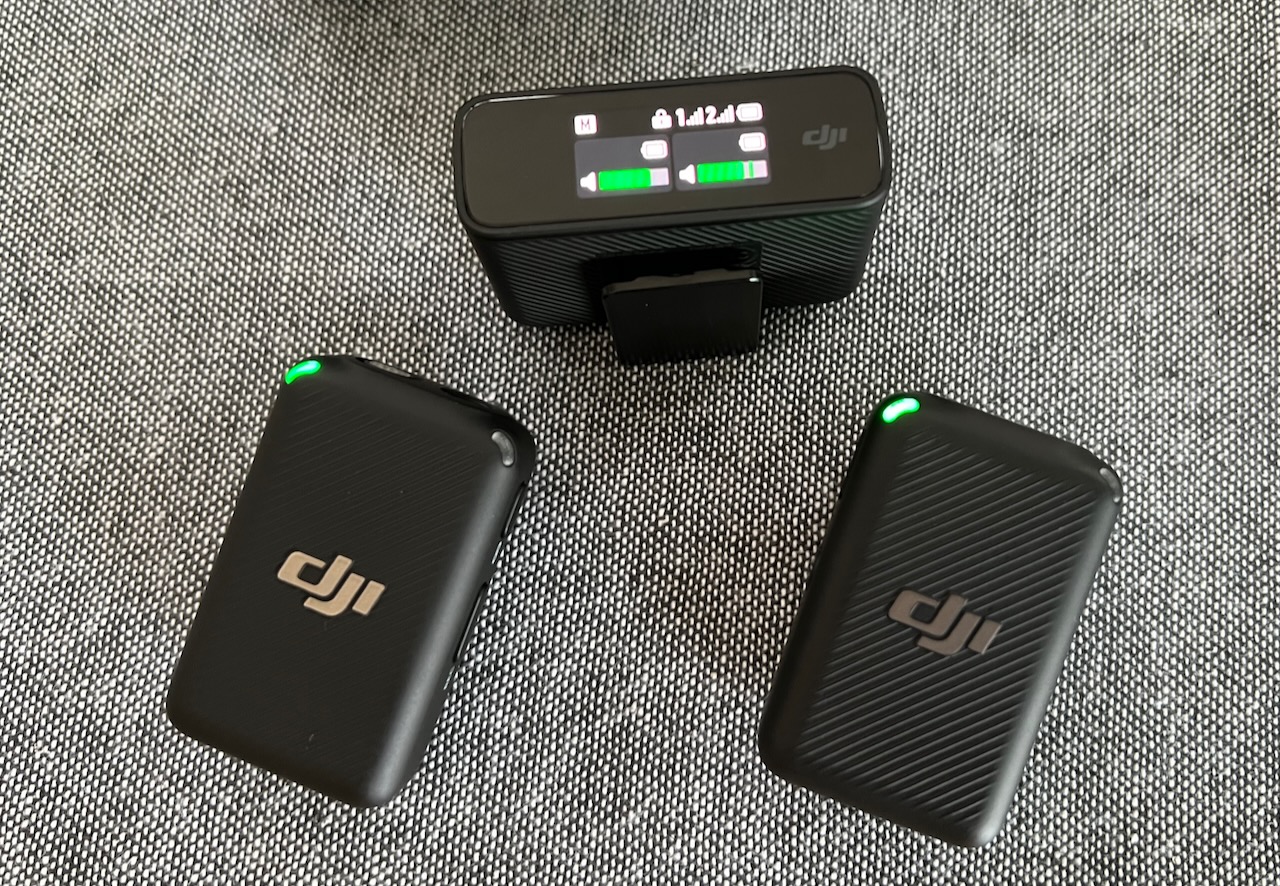 The system connects through the stable 2.4Ghz frequency band so you’ll always have a strong signal when you’re shooting.

The DJI Mic also provides an interference free wireless transmission so even in busy areas you’ll enjoy a clear signal. 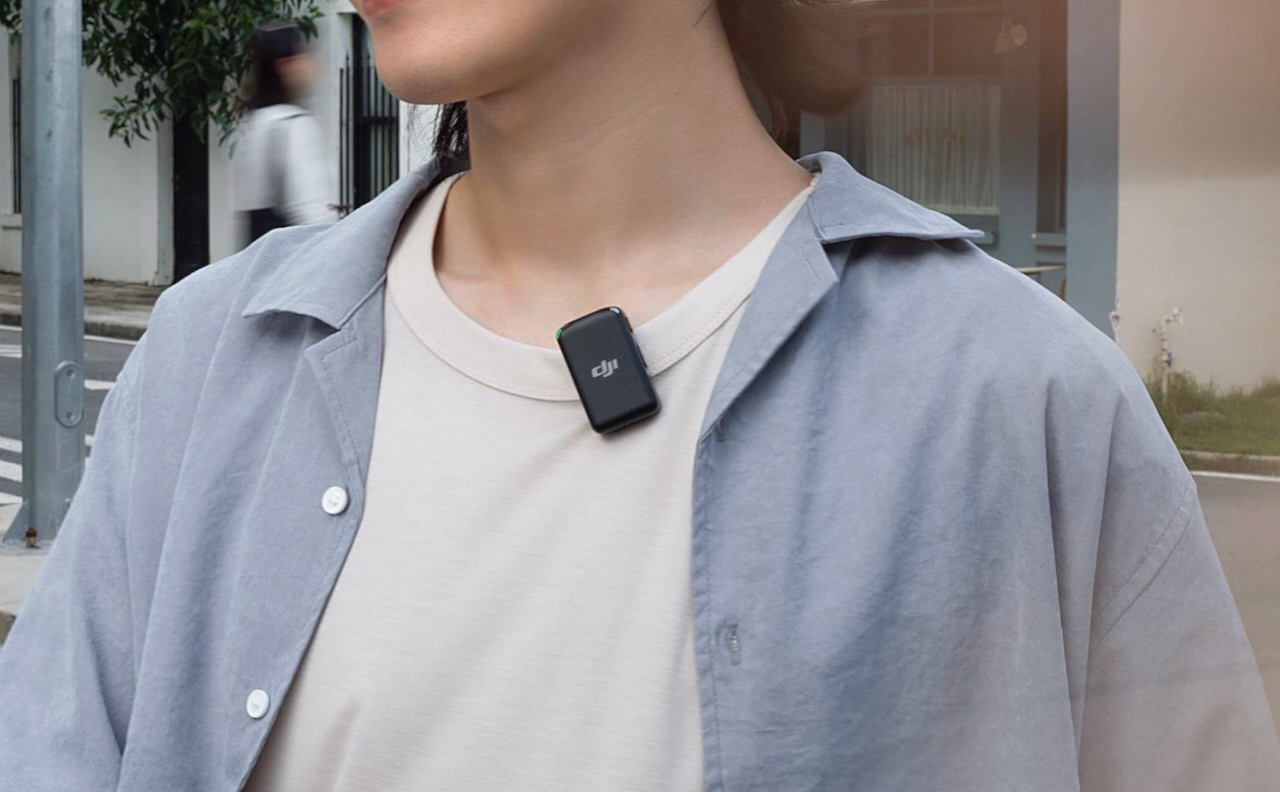 On the receiver side, it attaches securely to the hot shoe of the camera and can be positioned so the touchscreen can face the camera operator or to the presenter.

When we reviewed the DJI Mic – we had the receiver facing us so we could see the battery level, our audio levels and which microphones.

The microphones did well to pick up our voice even when there were external noises. Our voice was always still the main focus of the audio.

With the windscreens, we recorded some audio near the beach, the wind was almost inaudible.

From the receiver’s touchscreen, users can choose mono or stereo recording, adjust the receiver gain and the volume if you’ve connected headphones. 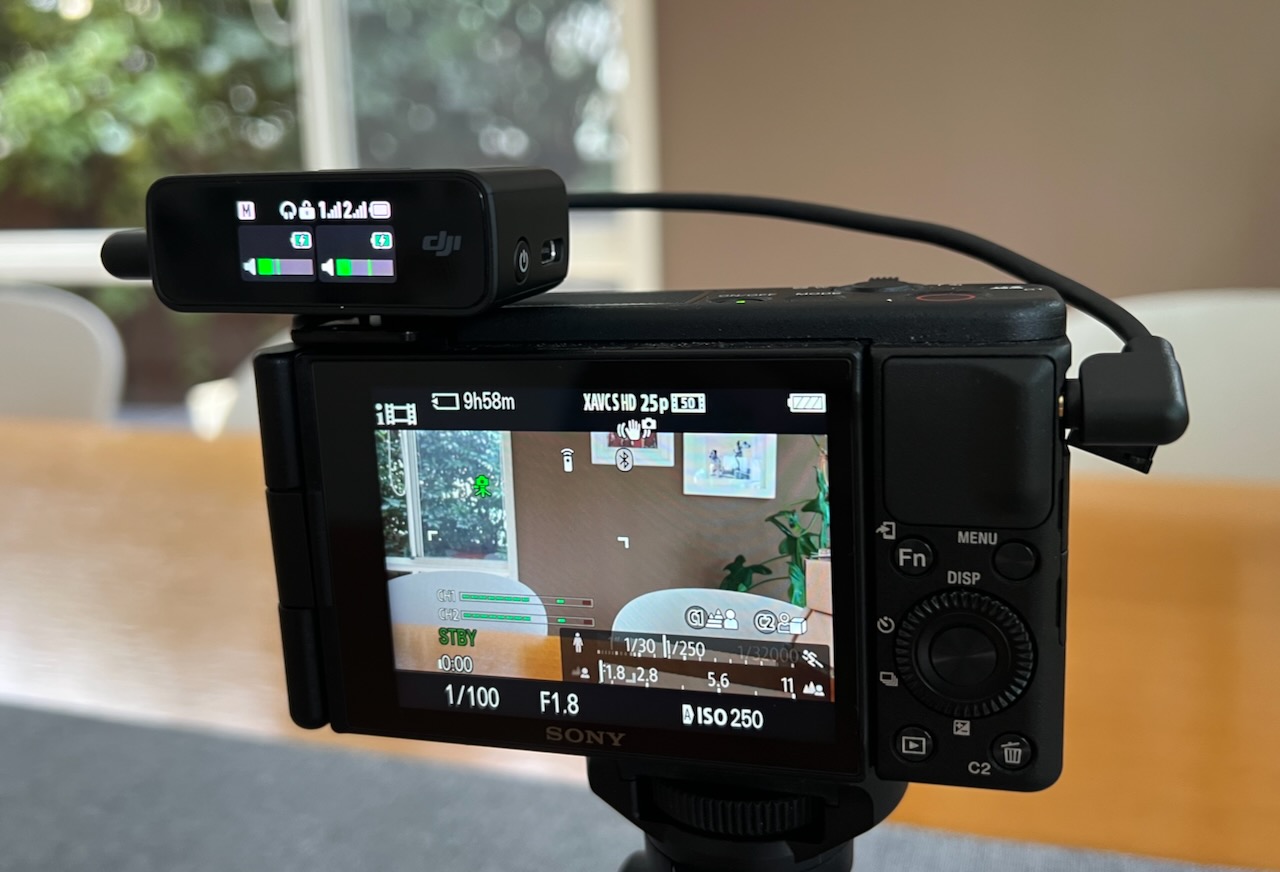 The DJI Mic also comes with a safety track so it can record all your audio in case there is a loss of audio or distortion. Each transmitter has 8GB of built-in storage.

One word of caution – on the microphone the record button is right next to the link button so make sure you press the right button.

And DJI Mic is not just limited to your camera – it can also be used with your smartphone and your laptop. 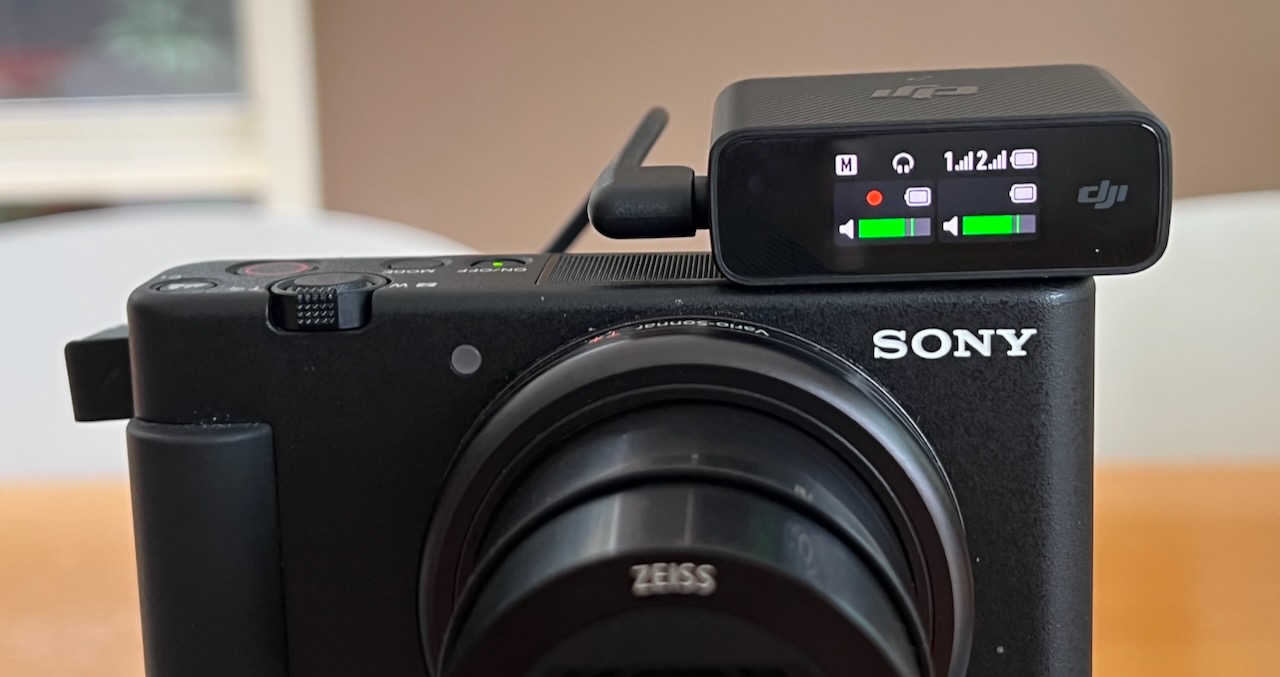 DJI Mic comes with a Lightning plug so you can connect the receiver to your iPhone and USB-C plug which can be used to connect to an Android smartphone or a laptop.

The DJI Mic is a versatile device that can cover all your audio needs when creating content either with a camera or a smartphone. 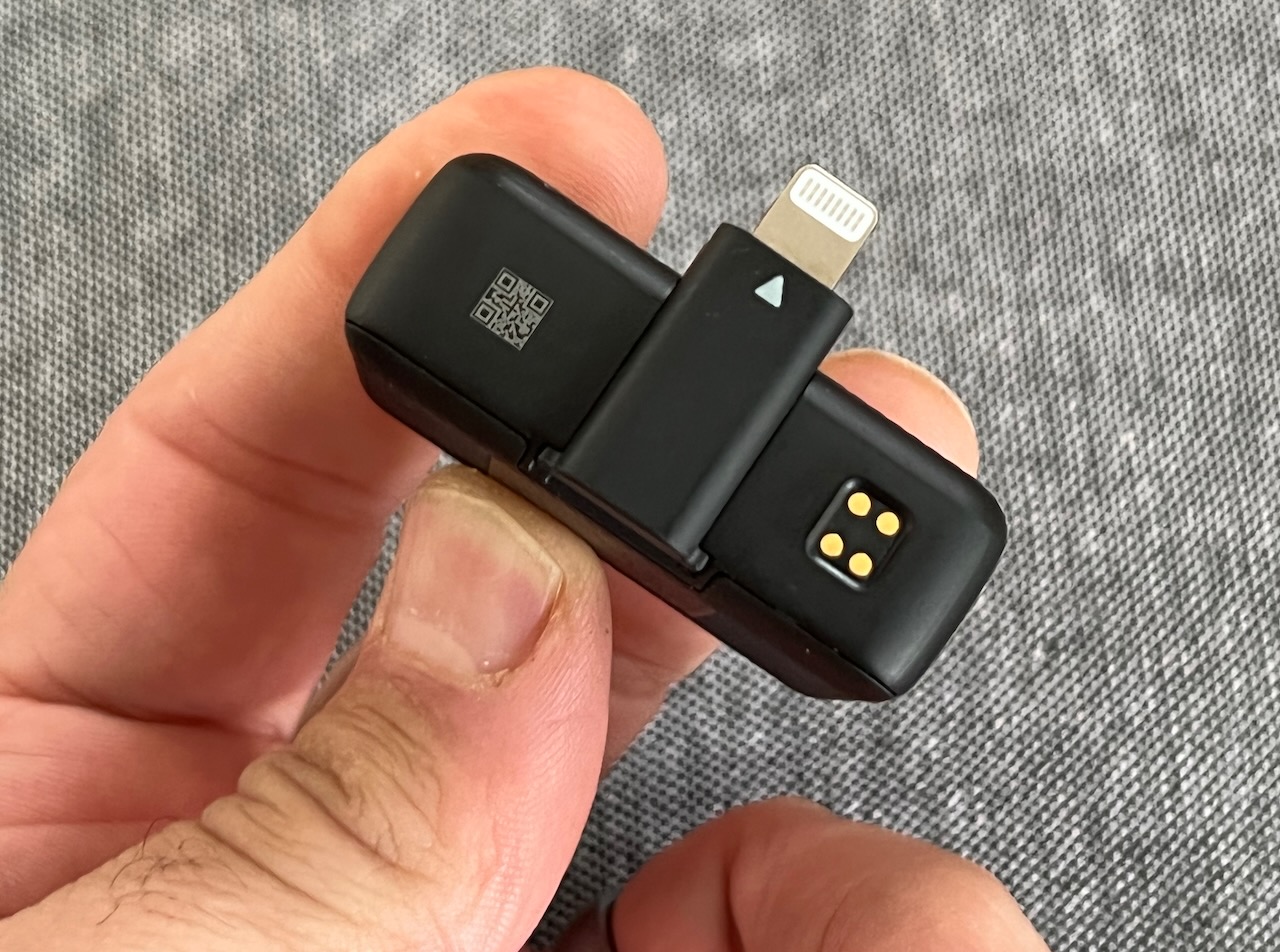 The other option on the market right now is the Rode GO Wireless II which is cheaper at $349, and it also comes with a lavalier wearable mic. 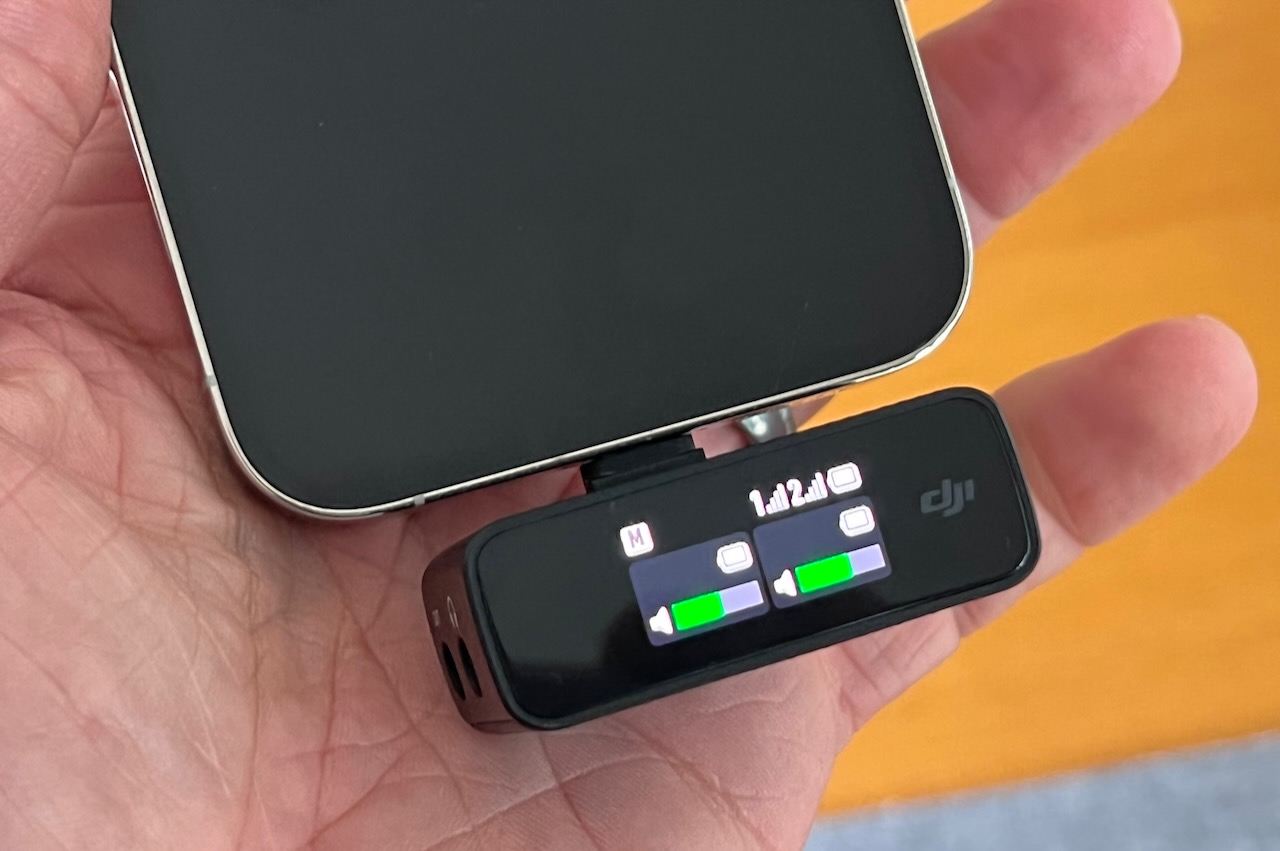 The DJI Mic does not include a lapel microphone so it would have to be purchased separately.

The DJI Mic is available now and is priced at $509. 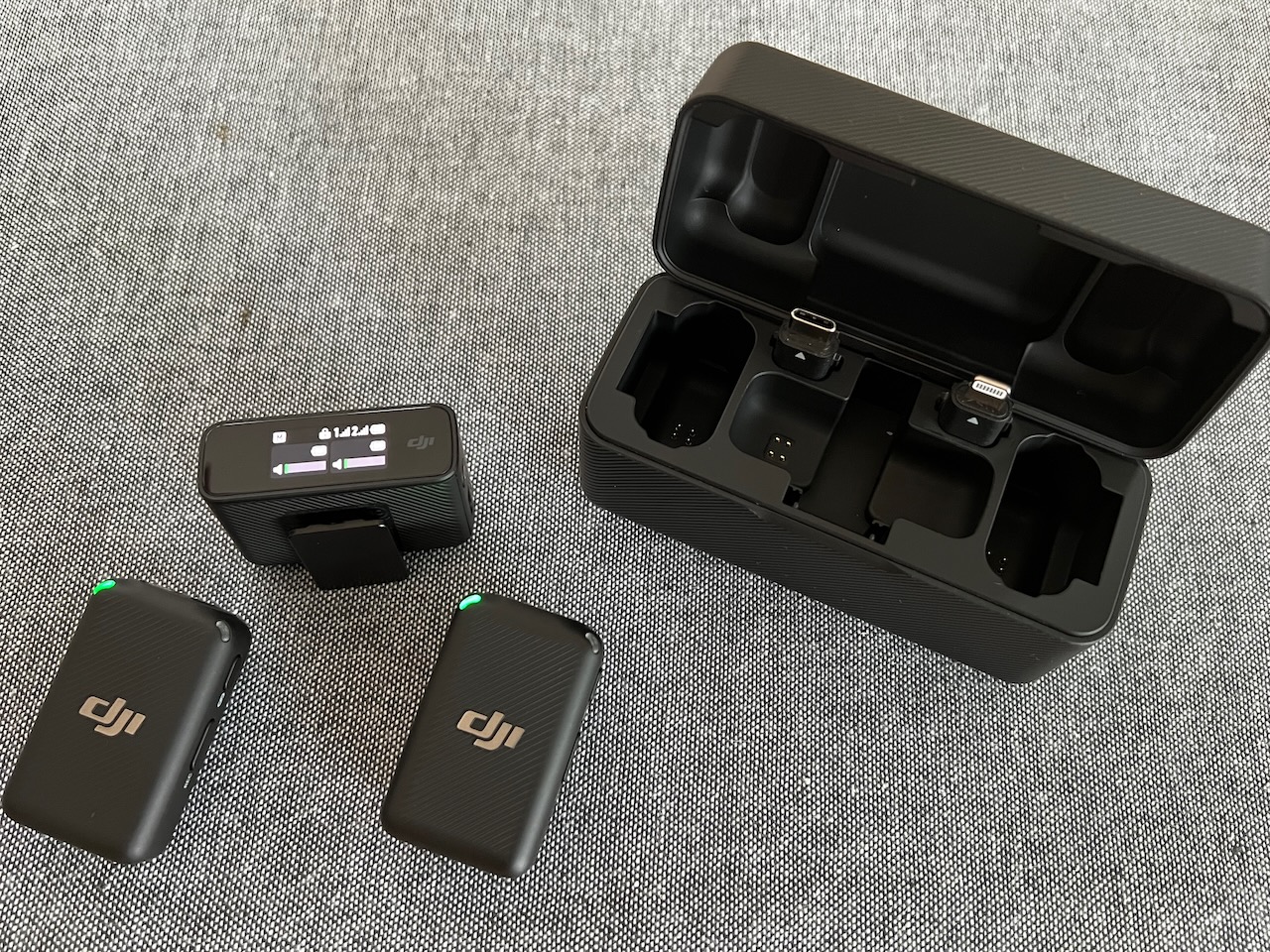 The DJI Mic is a versatile device that can cover all your audio needs when creating content either with a camera or a smartphone. It creates quality audio to complement the quality of your videos. 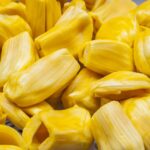 How to cook jackfruit
Next Article 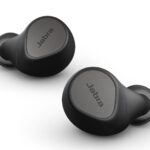 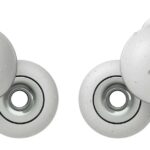 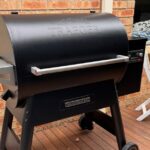 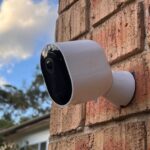 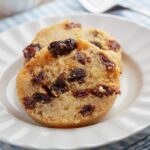 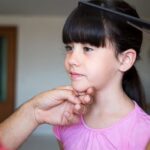 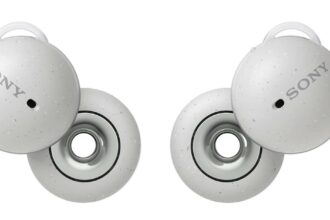 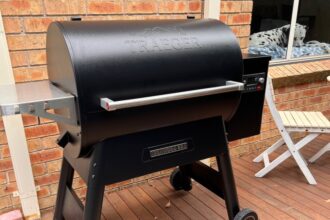 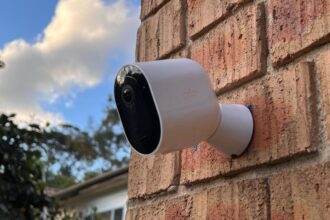 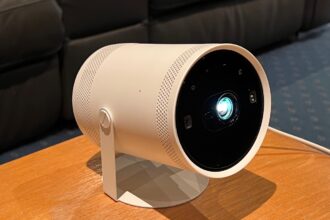